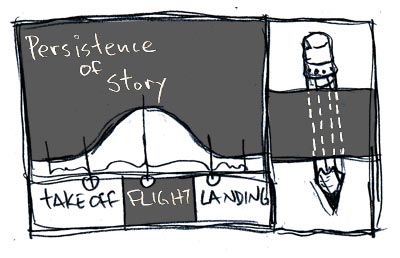 Imagine_we’re_walking down a path and we see an object off in the distance, lets say we see a bicycle laying in the grass. As we walk, the object becomes temporarily obscured by a tree we pass, then we see the bicycle again. I know this is exciting stuff, but wait there is an interesting point to all of this…(click for full essay)

So lets recap, we can recognize that there is a bicycle laying there on the ground. It is in a consistent state of no change. This state of the bicycle is projecting an arc of expectation (or in this case a straight line). So when the bicycle passes behind the tree, our mind follows it’s own arc of expectation. When we see the bicycle again once we’ve passed the tree, our expectations are confirmed. The bicycle is still there doing nothing. Any break in this arc of expectation will cause the viewer to react in some way, possibly surprise, suspense, humour, etc. This can be a creative technique used by the story-teller. Now, instead of a bicycle we pass by two men arguing near the path, its getting quite heated. Just as one man raises his fist, our view of the situation is obscured by another tree. So the first part of this situation is tangible, we can see that the argument is escalating. Think of this as the take off in our arc of expectation. As soon as our view of the situation is obstructed, we are then in flight. So based on the trajectory of the take off our mind will make up the events that occur in flight. As we finally pass the tree, we can expect to some degree what will happen based on our mental arc of expectation. When we make our landing, our imagined flight will be confirmed or rejected. In this case, once we pass the tree, we can see that one of the men is lying on the ground and the other is shaking out his hand, thus confirming roughly what we expected. However, what if the two men were replaced by a giant rabbit when we came to the other side of the tree?

This_would_be_a massive_break in the arc of expectation and the viewer would have a strong reaction to this change. Within a story the viewer will constantly be adapting to learn, over time, the director’s methods of creating arcs of expectation. The viewer will also learn to adapt their own flights in relation to how a director connects take offs and landings. The tree obstructing our view can be any sort of story telling device, a cut away, scene change, camera angle, etc. So what if we got rid of the landing all together? Well many old fashioned suspense movies have done just that. In these films the director would carefully construct a take off and would just leave the viewer to imagine their own flight based on the trajectory of the take off. Without the director dictating a landing there is no check or validation of the viewers imagined flight. There is no right or wrong flight in this situation. For example, we hear a frighting sound, the room we see begins to shake, we can see a little girl wide eyed staring at something behind the camera, then the lights go out. 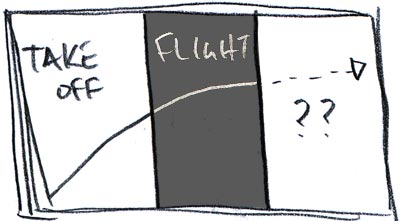 To_the_director’s_good fortune_the viewer WILL create in their mind something much more frightening than can be show on screen. The beauty of this is that every viewer will have a completely unique version that they will have imagined. Through a skillful use of this persistence of story and arcs of expectation the director can create more personal aspects to their stories. Altering the specificity, vagueness, length, intensity of the take off, flight, or landing can create different reactions from the viewer. In an extreme case, through the skillful manipulation of take offs and landings, a director could create a story that, to a large degree, would be imagined by the viewer. A different experience for everyone.

Here are a couple film examples; 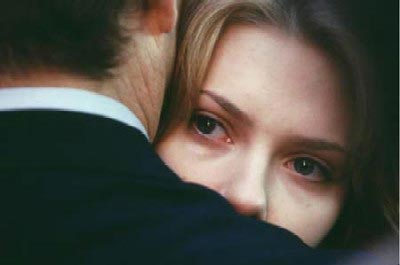 In_the_film_Lost_in_Translation the characters develop a profound connection while being culturally isolated in Japan. Their unspoken love escalates throughout the film, this being the take off. When they are finally forced to part ways, they whisper to each other, even the viewer isn’t permitted to hear what they are saying to each other. This is where the viewer left to their flight, and is allowed to imagine their own part of the story. The director has skillfully set the viewer on a path, and leaves them to imagine the rest. In this case the viewer’s imagination takes the story to a level that might not have been achieved if the whispers could have been heard. And there is no landing to validate or reject the viewers imagination, and thus the viewer can create their own unique version of the story.

At_this_point_in_War of the Worlds aliens are busy taking over the world and a father and his daughter are doing anything they can to stay alive. They are seeking refuge in the basement of an old house, and the stranger that is also hiding there might be more of a threat than the aliens hovering above. The father decides that the he must do something terrible to protect his daughter. He picks up a shovel and enters the room with the mentally unstable stranger. This being the take off. Following the arc of the take off, we can assume he is going to the other room to kill the other man. The viewer is left to create their own flight. Without seeing this brutal act, the viewer is left to imagine the emotional intensity and ruthlessness that the father saving his daughter would have to commit. The landing in this case is quite interesting. No blood soaked body, or murder scene was shown after. In fact both the father and the landing were suppressed. Using this change in the arc of expectation, a dramatic contrast was created between the terrible nature of what the viewer imagined and his need to return to being a caring father in order to protect his daughter from the awful truth of what just happened. In a way, the image of the father having to kill another man only exists, in that other room, in the viewers imagination.

Tomorrow begins the Peace and Meditation show at the Shina Gallery in Kyoto, Japan... 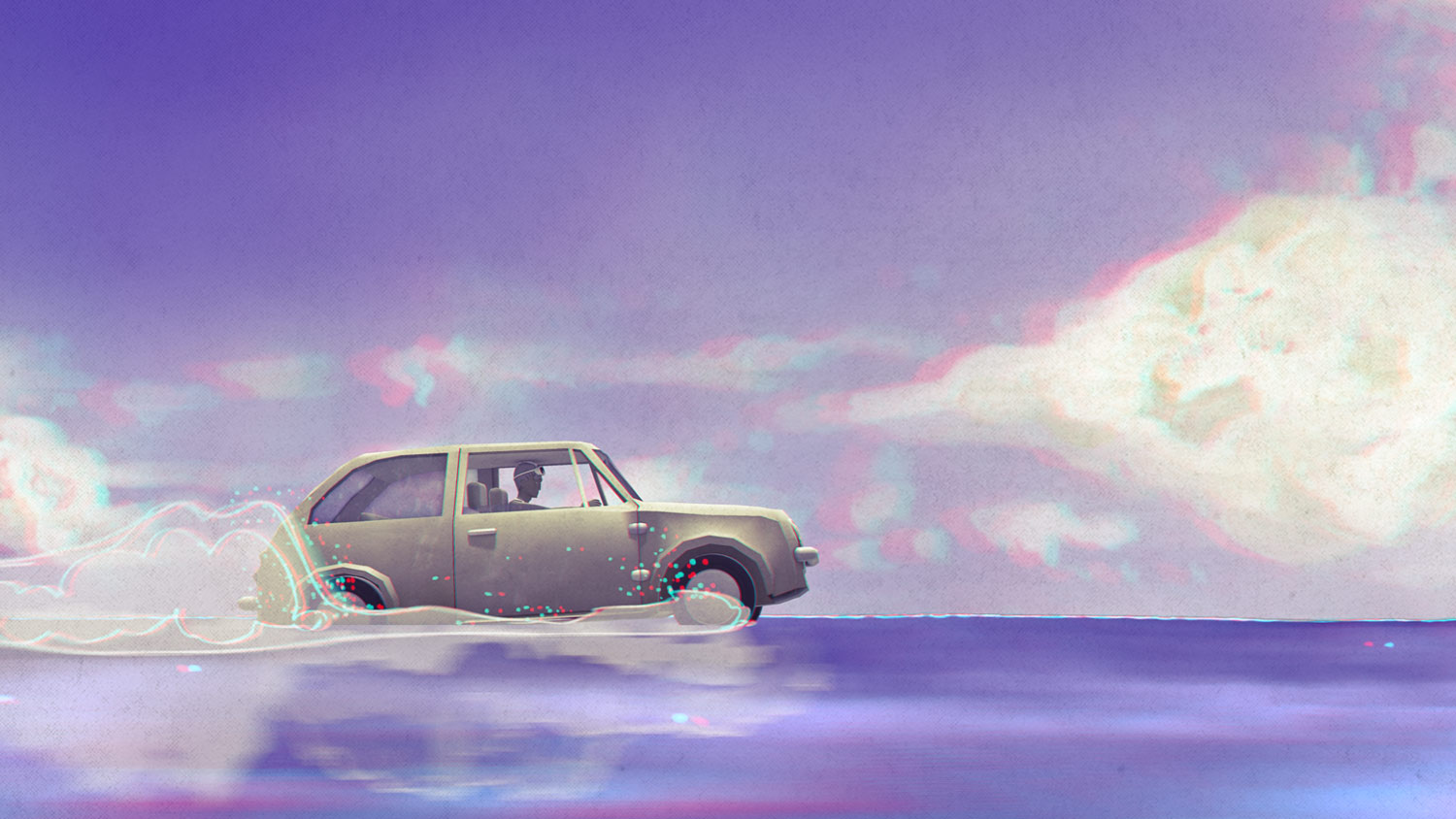 Have You Seen Mr. P?

Had an interesting night tonight on my way to a trial Japanese lesson at Regents College. First of…